Start a Wiki
Molly Harper is the member of the Sonic Adventures Team and was the survivor of the North Bay Bridge accident in Sonic's Final Destination 5. Molly used to work at Presage Paper. She is the girlfriend of Sam Lawton and is friends with Nancy the Hedgehog, June the Cat, and Kitty the Hedgehog. She is also the granddaughter of Muriel and Eustace Bagge and the aunt of Dipper and Mabel Pines. She has a dog name Courage. She is now the assistant of King Mickey. She is also part of the M.H, S.L and H.B (Molly Harper, Sam Lawton and Hannah Baker) friendship pack. When Molly was 18, she meets vampire Selene and befriends her, so every night, she visits her.

Molly's mother died from a sickness and her father had disappeared when she was 8. She and her sister, Chloe, have beening living with their Uncle Stan and been working with him until they were all grown up. Molly meets Sam Lawton when she was 9 and Hannah Baker when she was 11. The three of them became great friends. But a tragedy happens. At the age of 16, Hannah commit suicide because of Justin Foley, Alex Standell, Jessica Davis, Tyler Down, Courtney Crimsen, Marcus Cooley, Zach Dempsy, Ryan Shiver, Clay Jensen, Jenny Kurtz, Byrce Walker and Mr. Porter, Molly now has Sam on her side. Chloe is now married with a man and had children who name them Dipper and Mabel while Molly is working at Presage Paper with Sam and meets Peter, Nathan, Dennis, Olivia, Isaac and Candice.

In the beginning of the story, there is tension between her friendship with Sam when she ended her friendship with him. Molly, Olivia and Sam's best friend Peter were the only people Sam made an effort to save from the bridge collapse on the bus. In Sam Lawton's premonition, she did not die. It is later revealed that her reason for her friendship with Sam was because of his internship offer at Le Cáfe Miro 81 in France. She did not want to hold him back from doing what he loved because he refused to accept the offer since it would mean leaving her. At the end of the film Peter feels she has no more right to live than anyone else and tries to kill her so he can take her life but she is rescued by Sam and they started a relationship. Due to Sam saving her, she cheated death, and died on Flight 180 as a result and was revived as a hedgehog.

After Death manages to kill most of the survivors, Sam and Molly think they have survived Death. At the airport, getting ready to fly to Paris. They pass a group of high school students, revealing to be Alex Browning and Carter Horton, being thrown off a plane. Onboard, the plane explodes while in the air. The plane is revealed to be Flight 180, from the first film. The planes engine then bursts into flmes, and is disloged from the wing. The engine flys off, and rips apart the entire left side of the plane. Sam tries to hold onto Molly, but the force is too overwhelming, and he lets go, as she is sucked out and bisected by the wing. Sam is burned alive as the flight crashes to ground.

In the form of a Hedgehog

Tails analyzed Molly's DNA and made her a hedgehog. She joins Sonic and his friends and decided to help them fight Eradicus.

Visiting her grandparents in Nowhere, Kansas

Molly and her friends visit Grandma Muriel and Grandpa Eustace Bagge in Nowhere, Kansas, where her mother, before she died in sickness when Molly was 8, lived.

﻿Molly is the only character along with Sam to be a survivor of an opening scenes disaster and die in another films opening disaster.

Molly is also the only survivor in the entire franchise who was not meant to die in an accident to be deceased.

Molly may have a crush on Shadow the Hedgehog. 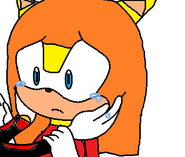 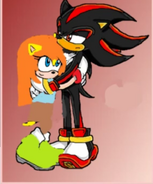 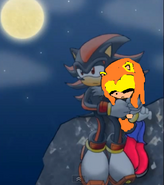 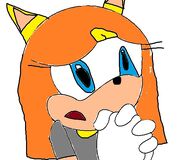 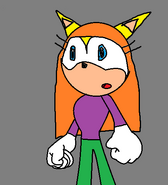 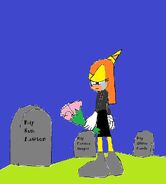 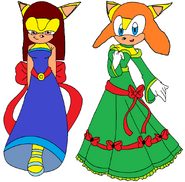 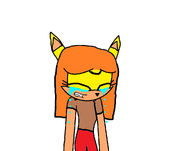 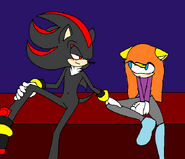 Add a photo to this gallery
Retrieved from "https://sonicmovie.fandom.com/wiki/Molly_Harper_the_Hedgehog?oldid=16640"
Community content is available under CC-BY-SA unless otherwise noted.